Carbon emissions from the energy sector are on track to grow for the second year running, in a major blow to hopes the world might have turned the corner on tackling climate change

Preliminary analysis by the world’s energy watchdog shows the industry’s emissions have continued to rise in 2018, suggesting that an increase last year was not a one-off.

The finding comes as the world’s leading climate scientists issue a landmark report on whether the world can meet a tougher global warming target, of limiting temperature rises to 1.5C.

Dr Fatih Birol, the executive director of the International Energy Agency (IEA), told the Guardian: “When I look at the first nine months of data, I expect in 2018 carbon emissions will increase once again. This is definitely worrying news for our climate goals. We need to see a steep decline in emissions. We are not seeing even flat emissions.”

Emissions largely flatlined in 2014–16 after climbing for decades, raising hopes that global action on climate change was beginning to turn the tide – but in 2017 they grew by 1.4%.

The IEA would not say exactly how much emissions were up this year, as it will not publish official figures until March 2019, but confirmed they had definitely risen to a historic high so far.

Indications that the trend has continued and was not a blip means the Paris climate deal’s target of keeping temperatures well below 2C – let alone the 1.5C being discussed this week – looks increasingly out of reach.

Birol said the growing carbon pollution was a result of the global economy driving coal, oil and gas use. “Energy efficiency improvements and renewables are not good enough to reverse that,” he added.

A new report by the IEA, published on Monday, predicted that renewables will grow rapidly in the next five years. Wind, solar and other renewable sources are expected to grow their share of global electricity generation from 25% in 2017 to 30% by 2023.

Solar in particular is projected to make huge strides over the five years, accounting for as much new capacity as all other renewable power technologies combined. In 2023, China is expected to have 40% of the world’s solar power capacity.

But Birol made clear that the growth in renewables had to be accompanied by coal plant closures in Asia if dangerous climate change is to be avoided.

“If there are no early [coal power station] retirements, more than two-thirds of the emissions [in 2040] are already determined today. Unfortunately a big chunk of the problem in my view is the coal in Asia.”

The IEA’s annual renewables report shows China and the EU will be the two biggest leaders on renewables in coming years.

While the watchdog does not name Donald Trump and his rolling back of Barack Obama’s green energy blueprint, it cites US tax, trade and energy plan changes as causing “downside forecast uncertainties”. 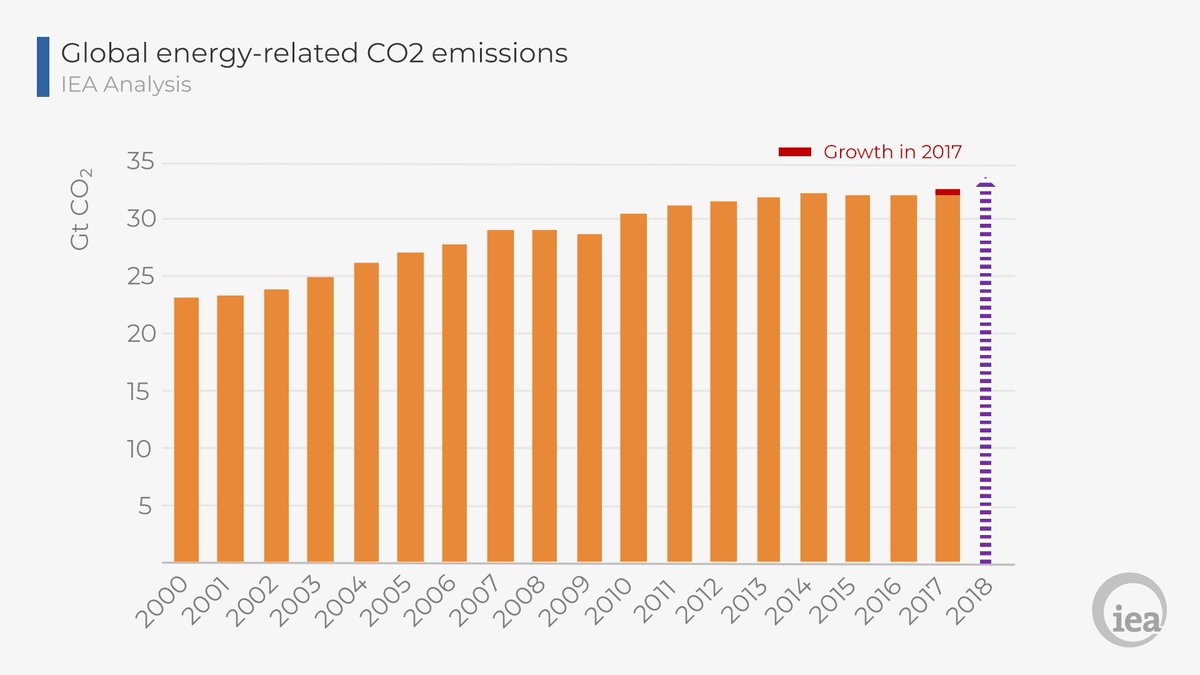 We expect energy-related CO2 emissions will increase once again in 2018 after growing in 2017 pic.twitter.com/rb0Em2folC

Asked if the US was slipping behind because of Trump, Birol said: “Instead of blaming somebody I will say it is the result of a good policy in the EU. The US is still growing, especially on wind and solar, but the growth in other countries seem to be accelerating.”

Overall, the IEA’s forecast is more optimistic than last year for renewables in the next five years, owing to policy changes and market developments in key countries. But prospects for the UK were revised downwards.

The country is expected to increase its renewable electricity capacity more than a quarter by 2023, driven largely by new offshore windfarms. Solar has an incredibly cloudy outlook, with total new additions by 2023 expected to be around half what the UK installed in a single year in 2017.

This article was first posted here. Please visit the site and support their work.

Labour wants green energy to power most UK homes by 2030